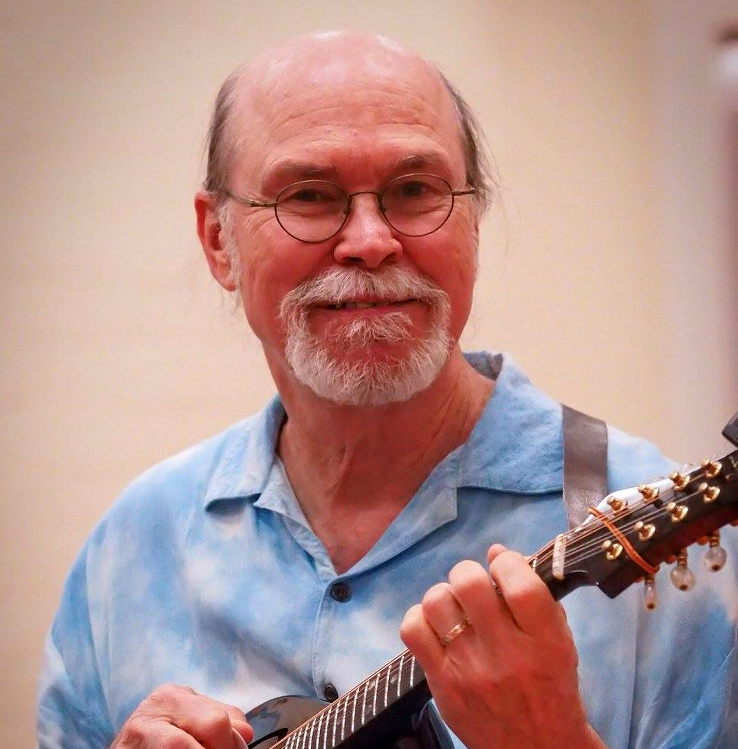 Bill Paine has been making art of one kind or another since the late 1970s when he picked up a guitar and began attending the weekly local Oldtime music jams.  A few years later, he picked up the mandolin, and these two instruments have provided his primary outlet for musical expression ever since. He has played in many bands over the years, for concerts, private events, weddings, and square, contra and Cajun dances. In addition to playing traditional tunes and music written by others, he has composed a number of original tunes.

Bill is currently a member of The Gadabouts, Gumbo Limbo Cajun Band, The Yazoo Kickstarts, Wild Bill’s Traveling Circus  and the Rochelle Ramblers.

Bill’s wife and love of his life, Susan Nash, was making found object and mixed-media art when she and Bill first got together, in 1996.  Over the years, as Susan’s art progressed, Bill became more interested in creating his own visual art, and finally began creating found object lamps at the end of 2014, while still holding down a full time job as IT Director for the Florida Museum of Natural History.

He participated in his first public show in March 2016.  Bill retired from his day job in the summer of 2016, and is currently devoting much more time to music and visual art. In 2017, Bill added 3-D mixed media non-lamp art and photography to expressions of his muse, and plans to exhibit in all these media as the opportunities arise.

Much of Bill’s art is available for sale.  If you are in Florida, you can see and purchase his art at Artisans Guild Gallery, in Gainesville, and at Florida CraftArt, in St. Petersburg.

Please check out Facebook page for art, and please contact me with questions about my visual art or music.